searching for heaven in the stars because I miss you 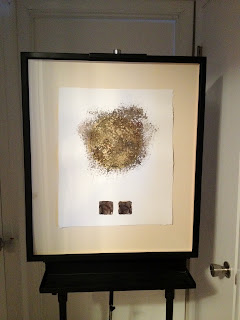 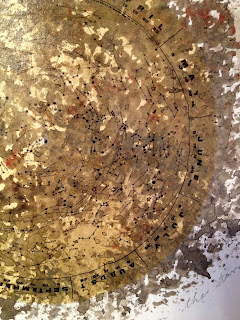 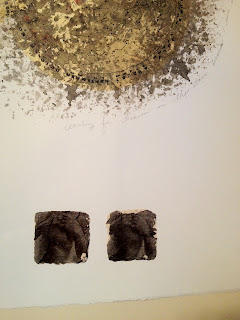 I have felt an overwhelming sense of relief with the completion of this piece. I have wanted to do some sort of memorial piece for my sons but I was struggling with what to do. The idea for this image was floating around in my head for a little over a year before anything got out onto paper. In the spring of 2011, Wyatt and I visited the Cumberland Observatory which is less than a block from our house. They open the observatory to the public occasionally by placing a funny little hand painted sign on the side of the road that says "see the stars" in silver paint. It is a small observatory that was build in the 1970s on what was then the edge of town. Now the observatory is in the middle of a busy subdivision and visibility is compromised by light pollution.

It was an interesting experience even though we didn't really see anything. As we walked home I started to think about, confuse or merge the overlap of star gazing and the idea of heaven in the clouds. When I got home I drew a circle in my sketch book and wrote "searching for heaven in the stars because I miss you" (which is written on the finished piece).

Then in the summer of 2011 I did an artist residency at KALA art institute in Berkley. One of the first days I was there I stopped in a thrift store and bought a star guide from the 1960s. I thought I could appropriate it into my work. I did several scans of the star guide and made a screen print but it just wasn't right so I destroyed it. Nothing came of it while in California but in the summer of 2012, I took a workshop with Holly Roberts at Penland School of Crafts in South Carolina where so many things came together for me. I didn't really know what to bring with me to the workshop. I packed a hodgepodge of things including the star guide. Chris Peregoy demonstrated the Dass transfer method. I used this method to transfer a manipulated version of the star guide over an acrylic painting I did on Twinrocker paper. Then I transferred images of a fetus onto small squares of handmade paper that I made at the Lacy's house several years back. I think the fetus image is from an old national geographic but I'm not really sure.

I'm not very comfortable with appropriating photographs but with Holly's guidance I found the confidence to steal. The fetus image is manipulated and cropped. I wanted the coloring to resemble a tintype; small, precious and loved . There was something about the gesture of the hands in the picture that spoke to me.

I traveled almost 6,000 miles in the creation of this image. Talking with many artists along the way and learning many new things. Often in making art I have found that I need to learn to wait until the pieces align and reveal themselves. Waiting is not an easy thing.
at 4:23 PM No comments: 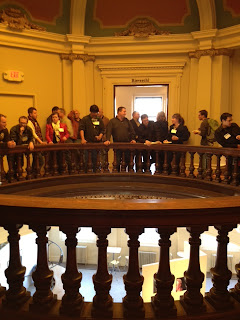 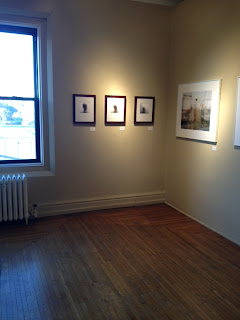 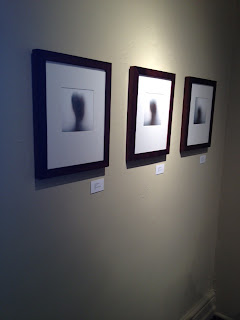